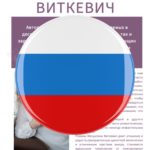 Magdalena Witkiewicz is one of Poland’s most popular authors of women’s literature. Her bestselling novels are famous for showcasing the power of ordinary women, and the strength hidden within each of us.

Her heroines may face twisted fates but their stories always end well, which has put a smile on the faces of hundreds of thousands of fans, like a balm for the soul on those darker days.

She writes about serious issues in a light, entertaining, touching way, that reaches out to both adults and children alike – though some of her novels are for adults only!

Magdalena Witkiewicz is a mother of two, and a graduate of Gdansk University, Gdansk Banking School, and the Gdansk’s Foundation for Management Development. She earned an MBA in management and banking, then gave it all up to follow her passion for literature. She represented Poland during the 2014 International Festival of European Literature in Hanoi.

Magdalena’s novels have been translated into Vietnamese, Lithuanian and English.